China blocks Australian copper imports – but from solar cells to beating Covid-19, global demand for copper is set to soar It is less than a decade since China was last buying up vast amounts of copper in the global metals market. In February 2011, the price approached US$10,000 per ton on the London Metal Exchange as industrial output in emerging economies, including China, surged and drove inventories down.

Copper cable was worth the trouble of stealing – so much so that it became a problem which knocked out power, communications and transport. At the time, BT’s telephone wires under the streets of Britain were estimated to be worth more than the company itself!

Since I last wrote about China’s copper stockpiles, its activity has led to record low inventories in the London Metal Exchange warehouses, pushing spot copper prices on the LME to a new two-year high of US$7,356 per tonne.
Why is China stockpiling? Data suggests the Chinese economy is doing exceptionally well, and manufacturers and construction companies will of course consume copper.

Another possible reason is that China needs its dependence on the US dollar to be broken, and the country has to store value elsewhere as it sells down US dollar reserves. This does appear to be an ongoing process. United States government figures show that as of August, China held US$1.06 trillion of US Treasury Securities, down US$180 billion from five years ago.

Stockpiling tangible raw materials and cornering the markets that matter makes a great deal of sense for China. Being “the market” in copper, they can also squeeze trade partners – as Australia just found out when its shipments of copper concentrate, lobsters and various other commodities were blocked due to a spat between Beijing and Canberra. 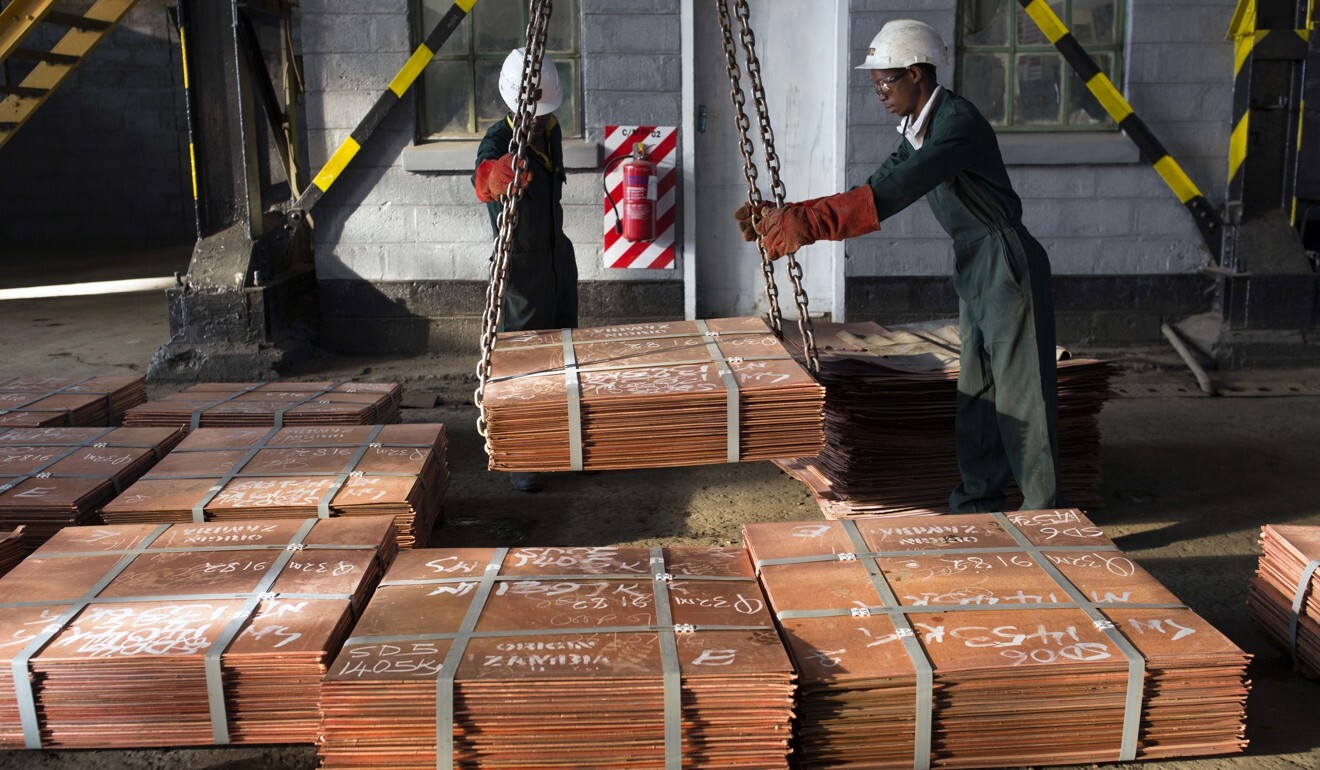 However, there is a third possibility to consider: that the usage of copper is about to expand dramatically in three major industries. First, self-driving and electric vehicles; second, the next generation of solar cells; while third, and most immediate, is sanitisation – because copper kills coronaviruses, as well as other viruses and bacteria.

A Covid-19 vaccine may be coming sooner or later, but the fourth wave of this evil beast is hitting us right now, and there will be other pandemics to follow long after we have all had our shots. Sanitising our environment going forward will directly involve copper and copper alloys.

THE AIR THAT I BREATHE

Frugal by nature, it has taken major health scares over the past 30 years to make Hong Kong’s authorities and businesses wake up to concerns about public hygiene and cleanliness. As anyone who can remember flying into the old Kai Tak Airport can attest, Hong Kong used to be filthy. Pungent wafts of “Fragrant Harbour” air made their way into arriving aeroplanes as they touched down next to the stinky nullah, treating tourists to memorable tones of old shoes, vinegar and burping drains.

With 50 Olympic-sized swimming pools of raw sewage dumped in the harbour daily in the 1990s, it should have been no surprise there would be a bit of food poisoning here and there. But between 1999 and 2003, there were 49 cases of cholera in Hong Kong, mostly attributed to seafood. Yes, cholera – the widespread killer of the 19th century.

It took a decade-long clean-up of the harbour to get the big stink under control. And Sars (severe acute respiratory syndrome) in 2003, followed by Mers (Middle East respiratory syndrome) and the 2009 flu pandemic, were game-changers. Authorities had to rethink cleanliness, introducing new measures to exterminate bacteria and viruses: escalator handrails were wiped with disinfectant, lift buttons were routinely sanitised and attendants were a regular feature in public toilets which previously had been poorly cared for.

There is no doubt that behaving like a germaphobe – wearing a mask, disinfecting your hands at every moment and avoiding touching anything or anyone – will reduce the transmission of all kinds of nasty bugs, not just coronaviruses.

Copper is able to help us here, as it has an interesting sanitising property that has been known for centuries. It was first really closely studied during the 1850s-60s cholera epidemic when French scientist Victor Burq wondered why people working with copper suffered far fewer deaths than all other workers. He concluded that copper touching skin was effective at preventing someone from contracting cholera.

The science is fascinating and complex, but in a nutshell several things happen as copper comes into contact with oxygen and viruses: electrons jump from the copper into oxygen, blowing holes in the virus membranes; copper ions bind with the proteins in microbes, oxidising them; and if that wasn’t enough, copper ions stick to critical spots on bacteria and viruses, rendering them useless.

The University of Southampton in Britain is one institution that has studied the process extensively, finding that copper kills microbes in anything from a matter of minutes to a few hours for the hardiest germs. On stainless steel, which we generally consider a clean surface, the same microbes can survive for days, if not weeks.

Armed with this knowledge, I cringe at the thought of touching the MTR’s stainless-steel handrails. However, I came across a trial by TransLink, the mass transit authority in Vancouver, Canada, where the handrails have been retrofitted with a multipurpose copper wrap made by a local company, CuGrip. 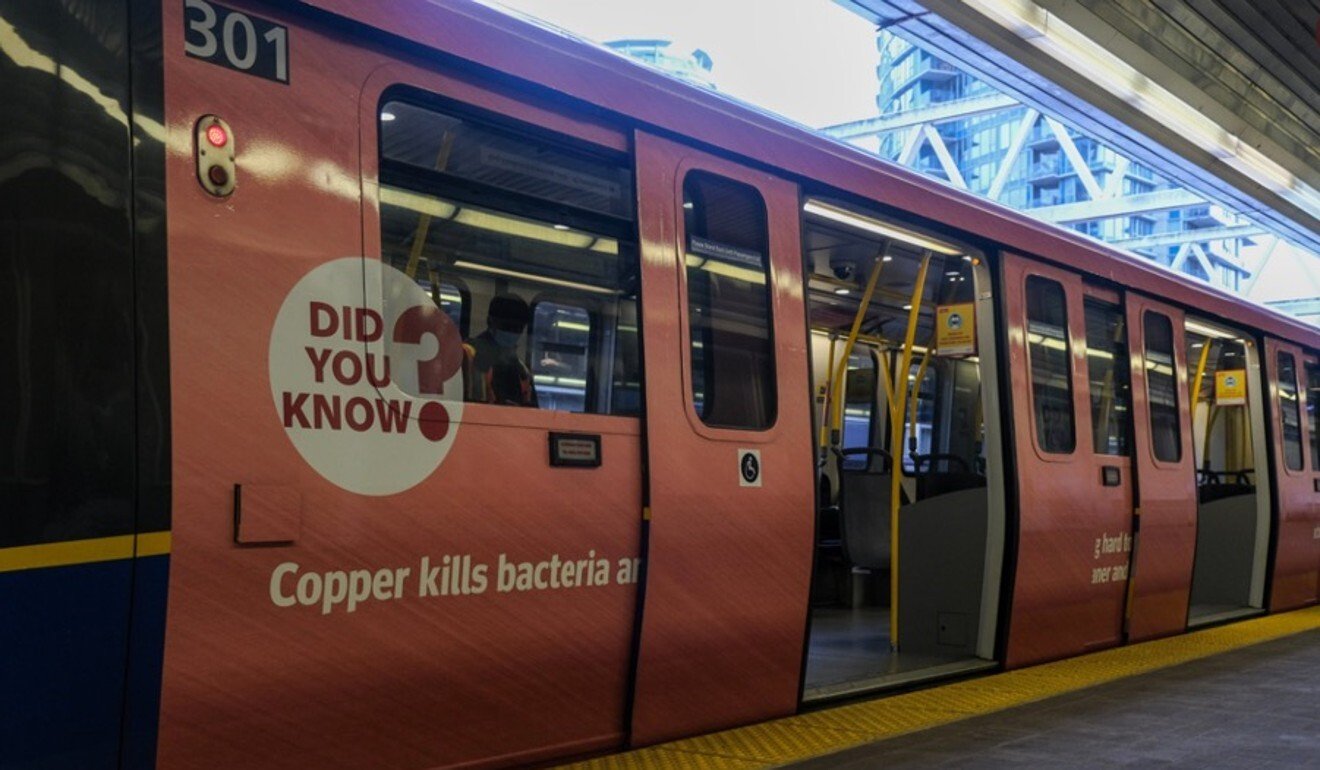 Although the copper sheath does not instantly kill everything that lands on it – and a good sneeze will deliver a mother lode – it does its job without complaint for 24 hours a day, reducing the number of transmittable viruses and bacteria to a point that is expected to be negligible. TransLink hopes this will restore its riders’ confidence, as well as giving the daily cleaning staff a clear indication of where to focus their cleaning in bus and train carriages. A copper-coated section of handrail is easy to spot and grab on to.

WE’RE IN THIS TOGETHER

Coming out of the Covid-19 crisis and all shot up on vaccines, we can expect to see a massive global reflation, shifting supply chains and manufacturing rebuilt closer to the end consumer. This will undoubtedly lead to a boost in the demand for copper outside China, which currently gobbles up 43 per cent of the world’s copper ore – more than three times the next largest consumer, Japan.

According to research by the International Copper Association, consumption of copper for alternative energy systems, including solar, is expected to rise 56 per cent by 2027 from 2018 levels as the world, and particularly China, aims for carbon neutrality. New and interesting technology emerging from Australia replaces silver in solar cells with copper, which will dramatically reduce the price of the final product.

Electric cars on average are made with 83kg of copper, four times the amount in internal combustion engine cars. And as car makers work towards autonomous driving, cars will need smaller motors to take care of the functions we currently do with our hands and feet. Demand for copper will go only one way in the automotive industry.

And finally, if copper and copper-alloy surfaces we grab or touch become commonplace in our battle with diseases in the immediate future, then its contribution to the demand for the metal should also point to strong demand and higher prices.