If politics wasn’t racy enough right now with a space race, an arms race and a tech race taking place between the Chinese and the Americans in a US election year, there is a vaccine race going on as well. It usually takes around four years to develop and test a vaccine – well, the ones that work anyway. But such is the acute demand and potential financial gain to be had with the first Covid-19 jab that every superpower and major economy is going at full pelt to develop it. And nations without the resources to develop one are willing to be guinea pigs to secure a supply and hopefully benefit from the economic boost of an early recovery.

I am sceptical that this will work, and if equity markets start to price in a sure-fire vaccine I will probably run for the hills. Even if the brightest minds in the industry find a vaccine that works on a particular strain of the coronavirus, there’s no guarantee that it will effectively eliminate the various strands that are emerging. Think, for example, of the annual flu jab. It’s a cocktail of 15 vaccines that have been selected to combat the strands of the flu that are statistically most likely to spread far and wide in a given flu season. If the coronavirus ends up being as adept at evolving and evading vaccines as the flu is each year, we may never get completely rid of it. 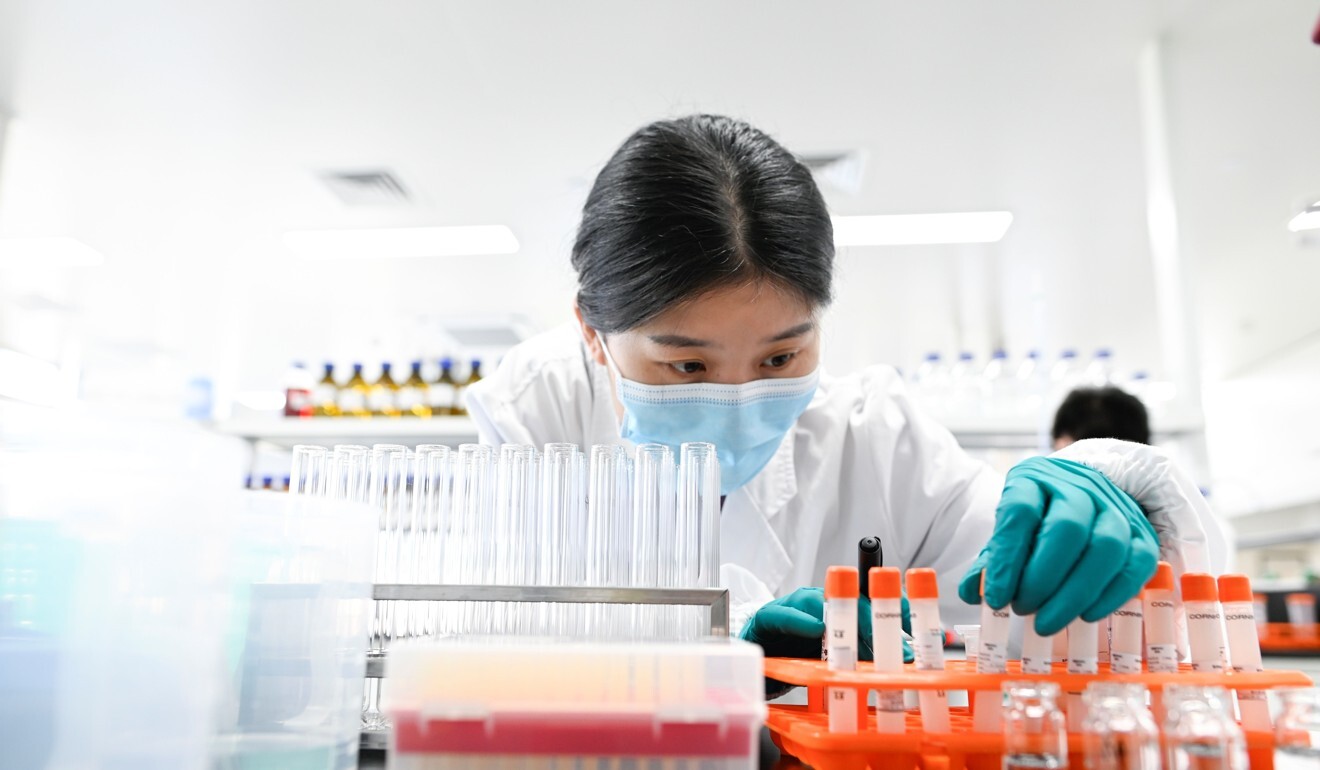 An engineer in a laboratory built to produce a Covid-19 coronavirus vaccine at Sinovac in China. Photo: AFP

A VACCINE FOR THE DASTARDLY COVID-19

The optimistic take is that although the press has been talking up a vaccine for a while, it’s still really early days. A few are now in the final stages of clinical trials, and many more are being planned. As we head into winter with the expectation that the northern hemisphere will be subject to another wave – as Britain is currently – the attention on vaccines and various “cures” will heighten still.
If successful, the roll-out of a usable vaccine would certainly give a much-needed boost to the global economy in 2021, but when and where it will unfold is more challenging to predict. From what I have read, this is a short summary of what is going on and where.
The United States and China are in the lead when it comes to drug trials, closely followed by India. America’s “Operation Warp Speed” aims to start delivering doses in January 2021, and the main companies are Moderna, Pfizer-BioNTech and Novavax. Johnson and Johnson’s trial was temporarily halted this week due to an unexplained illness as was Donald Trump’s top tip for a cure with Eli Lily’s antibody treatment, and Astra Zeneca’s co-attempt with Oxford University was halted on September 8 for the same reason. GSK in Britain and Sanofi in France are working on their own vaccines and promising roll-outs.
China Sinopharm, in collaboration with the Wuhan Institute of Biological Products, has moved from testing on locals in Henan province to the United Arab Emirates for phase three tests. China also has three other possible vaccines in late-stage trials – one made by Sinovac Biotech is being tested in Indonesia and Brazil.
The Russian Sputnik V vaccine, financed by the state and rapidly approved, was the first to be officially approved anywhere. It was received with some scepticism globally, but the UAE, Saudi Arabia, Philippines, India and Brazil have surfaced as locations for widespread testing, with Philippine President Rodrigo Duterte one of the first to get a jab. 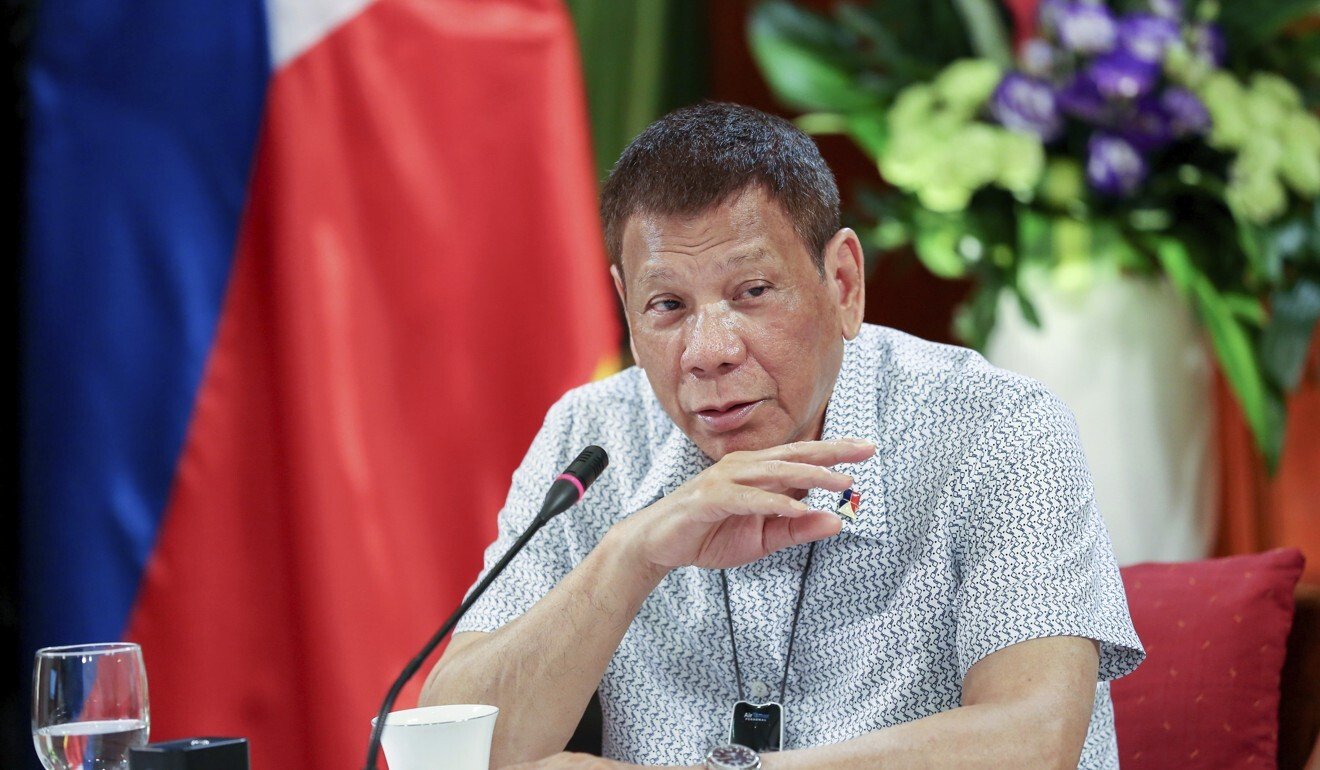 Rodrigo Duterte has had a boost from Russia. Photo: AP
So the US, China, Russia, Britain and France are developing vaccines and using much of Asia, South America and the Middle East as testing grounds. If you want to pinpoint where an early economic boost will take place, that’s a wide field to pick from. It would also require populations to be willing to take the vaccines.

To achieve so-called “herd immunity”, whether through vaccines or the natural progression of the virus through a population causing immunity, some 70-90 per cent of a population would need immunity – at least according to the Brits’ first plan for dealing with Covid-19. To achieve that on a global scale will be a multi-year struggle that may prove unachievable in the end. And leaving aside the production and logistics involved in making and transporting enough vaccine shots, there has according to surveys been a growing hesitancy globally to take fast-tracked vaccines. A YouGov survey found that only 42 per cent of Americans would get the vaccine.

We may find ourselves having to rely on other methods to exterminate the coronavirus. After all, heat doesn’t kill it as some originally thought – it can survive up to 60 degrees Celsius. And it can hang around for 28 days on solid surfaces in the lab, three to six days outside on glass, plastic, steel and slightly less on banknotes. The only sure-fire way to kill the germ on a surface is alcohol, resulting in dry skin and paint coming off the things we touch.

But then there is an older remedy, copper, which has perhaps not yet received the press it deserves.

The beneficial nature of copper has been known since way before viruses and bacteria were discovered. The main reason ancient water storage vessels were commonly made from copper was that you didn’t get the runs after drinking the water. In modern times, copper is most commonly used for water plumbing precisely because of its antimicrobial properties and because it’s non-toxic, unlike lead.

Ongoing research globally is starting to show that in addition to the regular microbes we’re used to dealing with, even the hardy SARS-COV-2 virus – which causes Covid-19 – succumbs on copper surfaces in a matter of hours. Much of this research has centred on the University of Southampton in Britain where researchers have destroyed the bacteria and viruses that cause legionnaires‘ disease, MRSA, Mers and H1N1 swine flu in a matter of minutes. A near relative of SARS-COV-2 – Coronavirus 229E – was also recently destroyed with some speed. Given this, it’s odd that we still think of stainless steel as being a super-clean surface in hospitals, offices and homes. We are focused on the wrong metal.

The use of copper to battle Covid-19 is starting to gain some traction, and we are likely to see many new applications for the metal. It has already found use in some Hong Kong medical facilities, and the trend appears to be gaining pace.

Although we largely sneered at the ugly CuMask+ face masks here in Hong Kong, in lacing them with copper the Hong Kong Research Institute of Textiles and Apparel was on the right track. It’s just a shame they chose a fabric that looked like grandma’s undies.

The science of why it works is probably too much for coffee and Sunday toast, but suffice to say the ions from copper blow holes in the virus membrane, then seek out the DNA or RNA and destroys it.

Alloys of copper, brass, bronze and cupronickel (silver coins) as also being thought of as having similar properties.

Copper has rallied this year during the Covid-19 pandemic, but it has not reached the highs reached in 2011 when strong economic growth and low inventories drove up the price. The exception was in China, which had stockpiled the metal. As if history were about to repeat itself, China has this year been the major buyer of copper thanks to the relatively strong domestic economy, and this has led to copper inventories in the London Metal Exchange warehouses hitting their lowest levels since 2006.

If copper and copper-alloy surfaces become more commonplace in mankind’s battle with diseases, now may be an opportune time to seek out the major copper producers and see what the valuations look like. It beats wasting time trying to guess which drug company will nail a vaccine first.